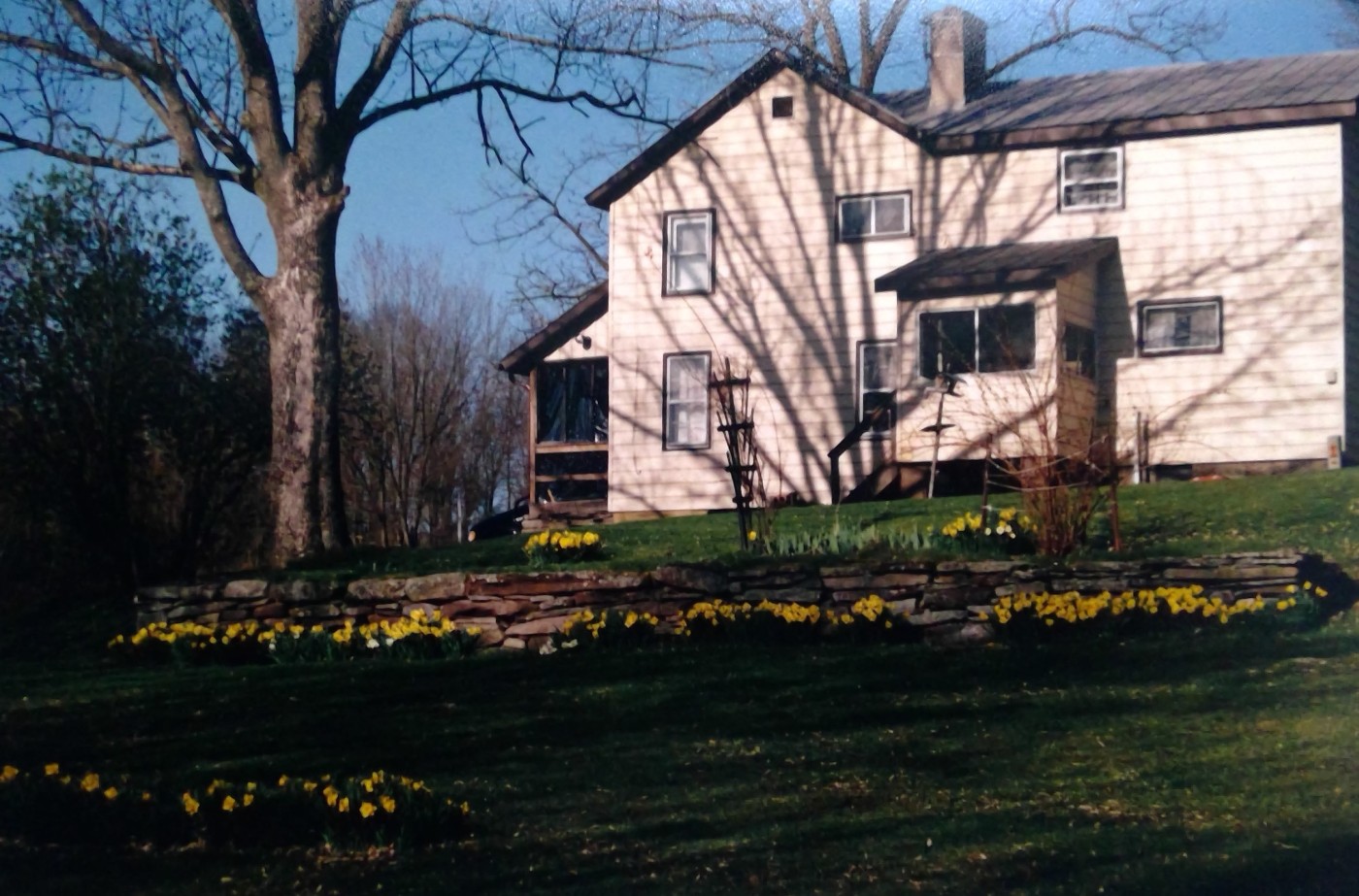 It’s been a while since I’ve written a post… but what better time than now to hone in on an old hobby?  What a time for self reflection! Something that I’ve always recognized that I needed, but never gave myself the time or space to do it. Those close to me know what I mean… But I digress.

It’s become apparent to me that this isolation, due to the global pandemic situation we’ve gotten ourselves into, isn’t too foreign to me.  I’ve experienced a level of isolation before. Not for such a long period of time, but let’s take a trip back into my past. A time when most young girls are learning how to do their makeup, shopping and hanging out at the malls, developing flirting skills with boys, etc. During this period of my life I spent a lot of time in the very far North East corner of Pennsylvania, in a town called Demascus, PA.

My parents, George and Bobbie, bought a house up the mountains in the middle of fucking nowhere. This was meant to be their retirement home. There was a decent amount of land surrounding the house, mostly thick woods, farmland and hunting grounds.  The closest neighbor, if they were even home, was probably a half a mile down a dirt road in either direction. Isolation seemed to be the goal; stay away from everyone aside from our daily trips into “town” where we’d visit the local Wal Mart, or maybe the Fashion Bug that was in a shopping center in close proximity to said Wal Mart. For periods of up to two weeks at a time I was the only child for miles, forced to find ways to entertain myself in the woods or along dirt paths. This was before the internet, every kid had a cell phone, or any easily accessible communication to the outside world. There was a ROTARY phone in the kitchen of the mountain house if I wanted to have a convo with any of my friends back in the mainland.

My parents tried to keep me entertained… Dad would let me work on projects, assembling different pieces of equipment, taught me how to shoot various fire arms including archery. Mom would play card games, board games or try badminton with me in the yard. We would take trips to the local water park that had a mini-golf course, two large slides, go karts and a few other attractions that we’d spend the day enjoying.

At the house we had go karts (Bobbie would reluctantly ride with me as I drove), quads and I was allowed drive the lawn mower around the yard; which is pretty much how I learned how to drive. My first car accident was on that lawn mower… one day I had taken the lawn mower down the dirt drive way and tried to cut a 180 turn with no where near enough space to maneuver and the mower went down into the embankment and I ran RIGHT into a tree. Unable to get the mower restarted, I panicked and ran into the house and right into my room worried about how my Dad would react to the scene. There was never a shortage of “God-Dammits” or “Jesus Christs” when George was in the room and pissed off, which was relatively frequent.

Most of my time was spent with my sidekick, Doc, an English Springer Spaniel.  My father acquired, and scent trained, this pure-bred hunting dog to find out that Doc was gun shy and just about useless as a hunting companion. I think Doc could sense my fathers resentment; every night, like clockwork, Doc would sit facing my dad and just growl and snarl for reasons none of me or my siblings could understand. It was hysterical how Dad would literally be minding his business and Doc just had angry words with him routinely.

Doc and I would go everywhere together. Adventures into the woods or down the road to the stream that ran through the forest. If I was there, Doc was there. For HOURS I’d throw a tennis ball up and hit it with a wiffle ball bat for Doc to retrieve it for me. Doc would run himself to the point of exhaustion out of his love for fetch and playing with me. Thunder storms up the mountains were really stressful for my pooch.  He’d either hide under a sink or try to crawl under my skin out of fear. Meanwhile my dad would be somewhere cursing my brother, Buddy, for somehow being responsible for Doc being gun shy. 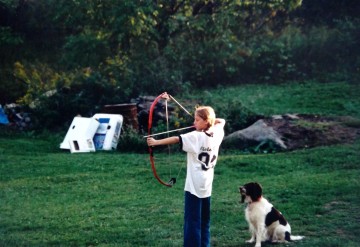 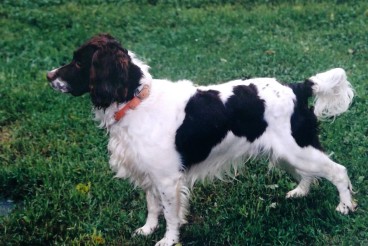 As I got older there were alternatives to having to go with my parents to the mountain house. I would stay with any one of my sisters or my brother for the weekends while my parents would take their trips. Eventually I was old enough to stay at home by myself and always opted to do so rather than spend another minute in isolation up in the middle of fucking no where.  Who knew that years later I’d be reflecting back, grateful for the time that taught me how to entertain myself and appreciate the alone time.

If I miss one thing about the normal world, it’s making people laugh and smile. So I hope this has brought a smile to your socially distanced faces! 🙂